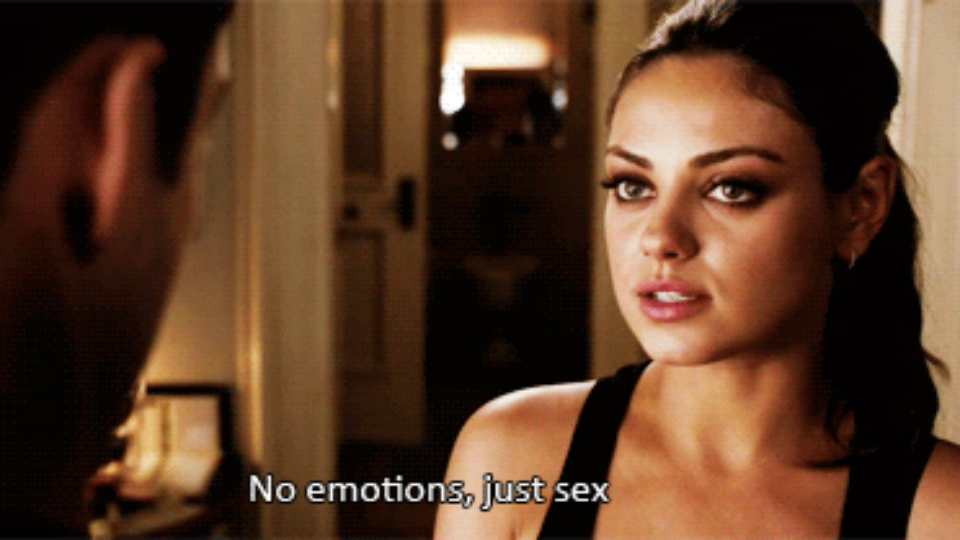 Be honest with yourself and them

One of the most important things in being involved in friends with benefits relationship is honesty. You have to be honest with yourself, if you feel uncomfortable or this isn’t what you want, don’t try to push through it until it does feel right. Let the other person know how you’re feeling, be honest and cut it off if it’s not right for you.

Be sexually open with them

The whole point of friends with benefits relationship is to have great sex and enjoy it, so be open with your partner and let them know what you’re into and what you want. Be open to try new things with them too, seeing as they might have wants and desires that you’re not used to.

Take care of your body

Even though it’s not a romantic relationship, you still want to please them and be cleaned up for them. Make sure to obviously shower regularly, and keep your body smelling fresh, clean, and keep your legs nicely shaven. You should always be at your best for your hookup, considering all it’s all just sex and you want to please them just as much as they should be pleasing you.

Friends with benefits relationships can be hard to handle, and they definitely aren’t for everyone. If you become too attached, the whole situation falls apart and everything becomes much more difficult. You have to be ready for knowing that the relationship is only sexual and nothing else. If you’re not, that’s okay. You’ll just have to be prepared to walk away from the relationship if romance isn’t something they’re willing to move on to.

You don’t really know how many other people your hookup is sleeping with, or how many they’ve been with in the past. It’s always best to wear a condom and be safe to avoid unwanted pregnancies and any STDs that may be lingering around. It’s a great idea to always be safe, so make sure you’re both protected while hooking up.

One of the worst things that can be done in friends with benefits relationship is cuddling. This intimate act can begin to create a bond between the two of you, making the relationship become intimate on top of the physical. If that begins to happen and one of you starts to fall, it can begin to get messy.

Remember that you both aren’t committed to each other, so you don’t belong to each other. Don’t be clingy for attention and be asking to be with them all the time. They have a life outside of you, you’re most likely just a small part of it. Avoid talking to them on a daily and trying to be in contact with them regularly. The relationship shouldn’t go beyond just hooking up, so avoid talking about other things to keep it that way.

Don’t introduce them to your parents/friends

It’s crucial to remember this! It can be hard to not get jealous if you’re aware that they’re with someone else, but you have to remember that they’re allowed to see other people. They aren’t your significant other, and they aren’t tied down to you. If they want to see other people, they can do whatever they want to. It’s your job to make sure that you don’t get jealous of them.

Don’t get mad if they meet someone

If one day your hookup tells you that they’ve met someone else and want to cut it off, don’t get mad at them. Friends with benefits relationships aren’t meant to be forever lasting, they’re only temporary and for sexual purposes. So when you or your hookup meet someone that they’re romantically interested in, you have to understand that it’s time to let them go and find something else for yourself.

Just as cuddling is an intimate action, staying the night can also have a more romantic response to it. Falling asleep next to them and waking up to them after every hookup can have a major impact in either your feelings for them or theirs. It’s best to leave or make sure they leave after every hookup, rather than staying the night and possibly obtaining feelings of romantic attraction.